Corporal Karine Blais was a dedicated, determined woman who was a perfectionist. In school, classmates and teachers loved her. When she joined cadets, she was a favourite among her leaders there too. After her positive experiences as a cadet, it was not a huge surprise to anyone when she joined the military in 2006.

From a young age, Karine was mature. She often corrected adults when she thought they were wrong. That trait extended throughout her life; she always told the truth even if the other person didn’t want to hear it. At the same time, she was always ready with comforting words for those around her in need.

Karine enjoyed sports, such as hockey and skating, and solo pursuits, such as writing and listening to music. Tinkering with things was another passion. She did some carpentry at work and liked playing with the mechanics of cars. Before going overseas, she got her qualifications to drive a Coyote (Lav 25).

Karine committed herself fully to everything she did. For a time, she worked at “La Maison des Jeunes,” a place for youths to seek support. She loved her work in the military, and she was well respected by her squadron as a soldier who always gave 100 per cent.

Karine enjoyed chatting with her mother, whom she spoke of often to her friends and colleagues. She also liked hanging out or going to parties with her friends and her partner. She was a bit of a clown who loved to hide and then pounce out from behind things to see if she could make others jump in fright.

Karine always found joy in everyday life, which showed in her sincere smile and her hearty laugh.

Karine will be remembered through a street, a park and a school grant, which have been named in her honour. 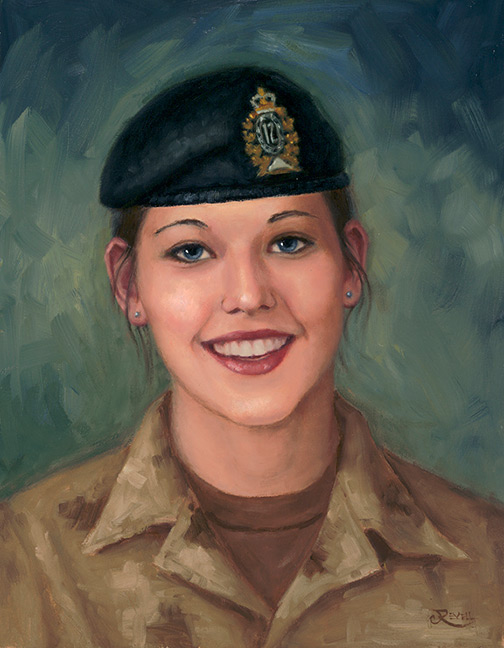