Friends were so important to Jonathan that he and his friends called their close-knit group “la familia.”

He was a very social, loyal man who was close to his family.

He was known for his unique smile. He loved being a soldier and was especially happy being in the company of brothers and sisters in arms.

Jonathan lived the major part of his life in the city of Gatineau. He loved his homeland and the neighbourhood he grew up in.

Jonathan loved playing basketball and listening to music. As a teenager, he proudly sported baggy pants and listened to rap music.

The Canadian Forces fulfilled him. He enlisted in the Army in January 2005 and he became a new man, “A Proud Man.”

His stay in Afghanistan was his first mission abroad. He lived his life fully and loved his job. He had heart to make a difference and help build a better world.

Before leaving for Afghanistan, he got a tattoo dedicated to his mother as a promise of his return. The tattoo session took place the weekend before his deployment and his mother was able to read the message just before he left for Afghanistan. 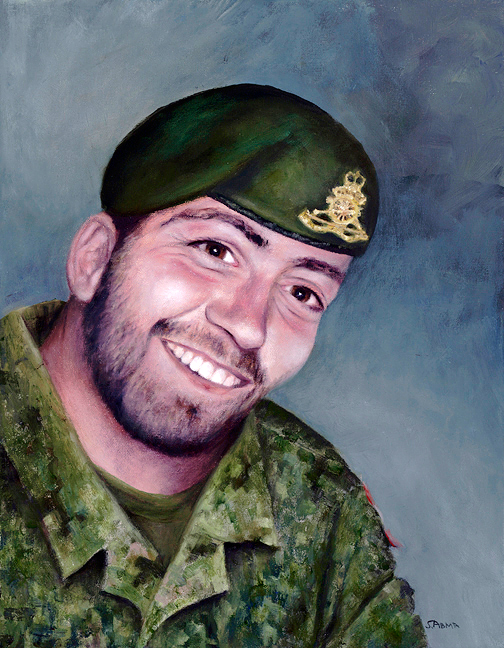