Charles was not often quiet. When he was in the house everyone knew he was present. In fact he had presence along with strength that was so much a part of him.

He was a tall, strong, fit man who jogged every day and enjoyed playing hockey and baseball. His tough side was complemented by a soft and tender heart displayed by easy tears and a great love for his little dog, Molly and cat, Henry. In addition to his many physical talents, Charles enjoyed playing chess and had an artistic flair, drawing and playing guitar and saxophone.

Charles was proud to wear the uniform and those who knew him saw it as his calling in life. It was a calling that made itself known at an early age. At five, Charles dressed up as a warrior and his fascination with the military only grew. As a child and teen he had a curious and mischievous nature and was always pushing the limits and rules, yet he thrived under the discipline of the military. As a young leader he was able to tell the truth to those in power, be an example to others, able to challenge himself, and served as a mentor to the younger soldiers in his battalion.

Charles was a firm believer that the role of the Canadian soldier in Afghanistan was to help. He held dear to the belief that building schools, befriending children and training people was what his service was about.

In an email from Kandahar in May 2009, Charles said, “I know I could have chosen to become a policeman to do the type of work that I like, but I feel a need for this sense of accomplishment and for being challenged that being a soldier gets me. I know I would not find this anywhere else.”

Charles, Chuck to his fellow soldiers, had strength of character and will that matched his powerful physique. That extraordinary strength was clear when he was wounded after stepping on an improvised explosive device. Even while receiving medical attention from fellow soldiers he encouraged them, telling them they were doing a fine job. As tears came to the eyes of one soldier, Charles tried to comfort him. To his last moment, Charles was strong in body and strong in character. 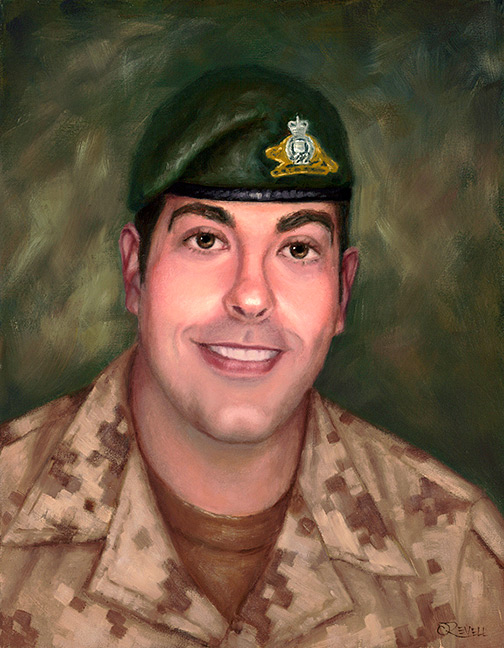