As the youngest in the family, Yannick Scherrer had many of the delightful characteristics that are common to the last born child. He lived day by day and had a wonderfully carefree outlook.

Due to his smaller size and his rank in the family, Yannick learned early that being aggressive was ineffective; he found that employing charm was much more useful and he was excellent at it, always with a cheerful smile, ready to help. Having lost his best friend in a car accident when he was just 16, he was no stranger to grief, but this tragedy only helped to make Yannick stronger and appreciate his family and friends even more.

Yannick was always active and involved. Being with friends was important to him and he had a special way of gathering people together and making sure no one was left out. Whenever he was at home in Victoriaville, the phone would ring off the hook—the house soon filling up with people wanting to see their friend. His joie de vivre was contagious.

From a very young age he questioned everything and wanted to experience things firsthand, not through others or from books. On one occasion, having noticed that a shoe cleaning product claimed it was inflammable, Yannick decided to test it out. His “experiment” resulted in him needing a new pair of shoes! Yannick was always busy doing something—couldn’t sit still for fear of getting bored–and sometimes because of his relationships with questionable types in his teens he got into tight spots with the law. Nothing too serious, though, and his mom was always available to bear and to talk things through.

For enjoyment Yannick spent time outdoors bike riding, rollerblading and camping. He also liked to get his adrenalin pumping in activities like boating, and even car racing. He was not a competitive sort, but he challenged and pushed himself to his limits at all times.

With teachers and friends’ parents he was known for being pleasant and even-tempered. Although he loved the social aspect of school he was not a strong student. He had toyed with the idea of becoming a Physical Education teacher, but couldn’t see himself stuck with books to get his degree. Until he joined the Forces when he was 21 years of age he had not talked about any concrete plans for his future, other than helping and standing up for people in need. Yannick was not looking to climb the ladder in rank, even if he had been foreman to 19 years in a company recovery. Instead he was immensely happy to help society’s powerless, the downtrodden. He loved his work.

Yannick expected good things from life. He was an optimist, sociable, easy-going, well-liked and friendly. That, and how good Yannick made people feel, is what everyone remembers most about him. 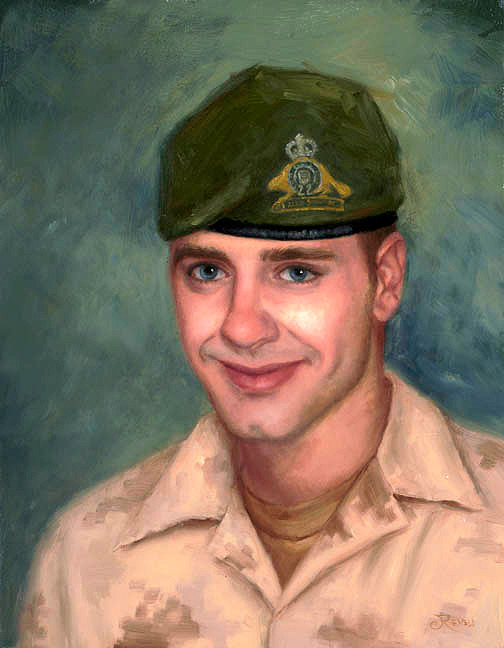