Capt. Jonathan Snyder was a man with many facets. He was a unique combination of musician, athlete, scholar and soldier. He was close to his parents, David and Anne and his older brother, Adam, who named his first son after Jonathan. He was engaged to his high school sweetheart, Megan Stewart, whom he’d known since sixth grade. Jonathan loved dogs and hiking in the hills.

Musically, Jonathan had many talents. He learned to play the bagpipes as an army cadet and played alto saxophone in his high school band. He took private voice lessons and became a talented singer, who competed in music festivals and performed in community productions.

In athletics, Jonathan’s skills and interests were also broad. Over the years, he participated in soccer, basketball, rugby, boxing, skiing, snowboarding and track and field. One of his biggest physical challenges was running the Grand Cache, AB, Death Race, a 24-hour, marathon. For many people, this would be an event to tackle once and check it off the list, but Jonathan ran the race an incredible three times: twice as part of a military relay team and once on his own in 2007.

Jonathan’s military involvement began early. He joined army cadets when he was 12 and was later a staff cadet at the army cadet camp at Vernon, BC. He enlisted in the army in Vancouver in September 1999, before entering University of Victoria in the four-year officer training program through Royal Military College. Each summer, he trained in Gagetown, NB, with other officer cadets. In Phase Three training, he received the Top Candidate award. In his career, Jonathan was posted overseas three times: twice to Afghanistan, where he served as platoon commander in 2006 (when he was promoted captain); and to Abu Dhabi in the United Arab Emirates in 2007.

On his second tour in Afghanistan, Jonathan served as part of the Operational Mentoring Liaison Team training the Afghan national army to provide long-term security for the country, which he felt was a crucial mission. He was respected by his fellow soldiers, his subordinates and his superiors for his leadership, integrity and dedication. Jonathan learned to speak the Pashtu language. He adopted two puppies. He earned the Star of Military Valour “for valourous actions and extraordinary courage under fire that saved the lives of dozens of Afghan and Canadians” in an ambush by Taliban insurgents in 2008.

Learning was also important to Jonathan. He graduated Penticton Secondary School in 1999 with a French immersion diploma. In 2003, he received a Bachelor of Arts from the University of Victoria, with a major in English and a minor in sociology. Jonathan also learned how to scuba dive and earned his ‘wings’ in a military parachuting course. He traveled extensively across Canada, Mexico, Taiwan, Thailand, Costa Rica and learned many things on his journeys. A scholarship fund has been named in his honour at Penticton Secondary School in B.C.

No matter what the activity was—personal or professional—Jonathan never did it in half measures. He lived and loved to the fullest. 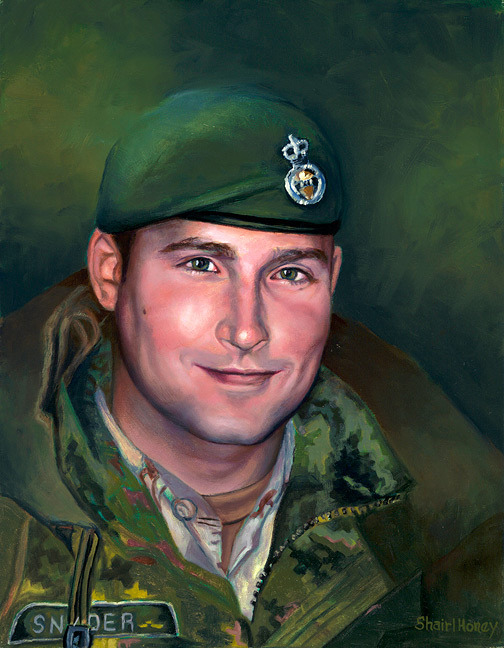