A bittersweet ceremony took place on May 14, 2014 at Nathan Green Square in Halifax, Nova Scotia. Family and friends of Master Corporal Christopher Stannix, together with members of the Canadian military, gathered for the launch of the new Woodside ferry, the “Christopher Stannix”. The residents of Halifax and neighbouring communities had earlier voted to name the new ferry after Chris, who had spent part of his childhood in Nova Scotia and, prior to serving in Afghanistan, was enrolled as a student at St. Mary’s University while living in Dartmouth, Nova Scotia. That same university awarded Chris its first posthumous degree in 2007.

These recognitions only just begin to describe a man who, although young in years, was mature beyond those years. His generous and thoughtful outlook on life was summed up in this comment Chris made before deployment to Afghanistan: “I would like to think that if I were in the same position that they are in now, somebody would be willing to step up and help me in the exact same way that I am willing to step in and help them.”

Chris joined the Princess Louise Fusiliers in Halifax while he was still in high school, completing many leadership courses and military exercises before being promoted to Master Corporal in 2006. It was a natural progression for him… even as a small boy, Chris and his friends would play with his toy soldiers for hours, making elaborate towns and villages and fighting huge battles over them! Perhaps because he came from a military family, Chris loved the military and was committed to making it his career. University studies in history augmented his training.

Chris had a fun-loving side, too, pulling out all the competitive stops to win (along with two friends) the Atlantic Paintball Championship in 2004. Outright skill was literally amplified with pranks to beat the other side, terrorizing the competition with booming “chick” and “boy band” music and unnerving the other teams at the beginning of each day! He was known as a force on the hockey rink, never letting his special stick out of sight, and was always up for favourite foods like subs and pizza. Chris had a special relationship with his grandmother, Nana, who loved his huge smile, and was building new memories with his parents, sisters, and fiancée, with whom he spent a final magical snow-bound Christmas in Colorado in 2006.

Moving around Canada and the United States as the son of an Air Force family, Chris saw and learned much about life in the military. And despite loved ones encouraging him to stay home in Canada, he took a reduction in rank just to be able to go to Afghanistan. Serving with 2 RCR Battle Group in the Masum Gar and Maywan districts, he inscribed in his diary Amelia Earhart’s famous quote, “Adventure is worthwhile”. This philosophy saw him through days that became increasingly difficult and dangerous, with weeks on end feeling exposed, frightened, dirty, and dusty. Frequent shelling and some close calls kept everyone’s nerves on edge, interspersed with long periods of boredom. He was not the first soldier to record in his diary the extremes of a war zone: “War is strange. It goes from zero to sixty in a half second and always when you are not ready.” But he also looked to the future and wished that “I hope I don’t change too much over here. I want to go back the same man I left, just maybe a little wiser.”

Sadly, Chris was unable to keep his promise to his Nana to see her at the lake come summertime, instead spending some of his last days watching the Red Desert’s sand dunes that stretched as far as he could see. Adventure, perhaps. Wisdom – earned indeed. 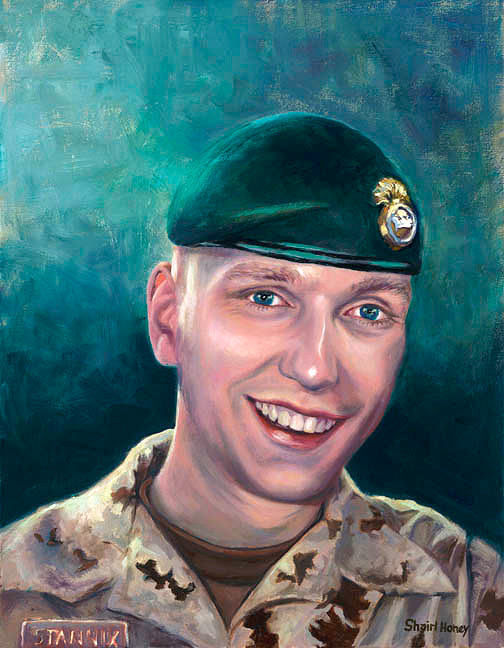