Tough yet tender, Timothy Wilson was a risk-taker. He died as he lived, fast and hard.

Although he was born in Grande Prairie, AB, and lived in Rainbow Lake and Calgary, it was the family farm near Langruth, MB, that was Tim’s boyhood home. A happy-go-lucky kid, he loved his farm life. As a youth, he was always eager to help out on his uncle’s farm. He enjoyed working with cattle, was a capable carpenter, and showed a strong work ethic. He also spent some of the summer months at the family’s summer cabin near Kenora, ON.

Like most country youngsters, Tim saved his money to buy a car, and like teenage boys everywhere, he partied too much and drove too fast. Yet Tim had a soft spot for animals. The patient and painstaking hours he devoted to cleaning a kitten drenched in spilled paint is a family legend.

Tim thrived on hardship; the rougher it was, the better he liked it. He enjoyed outdoor pursuits, especially hunting and camping. He and his family stayed in an uninsulated cabin in minus 40 degree weather, with Tim rising every two hours to stoke the woodstove. Tim was not about grey, but black-and-white: “If there’s something to be done, then do it.”

Tim joined the military in 1997. He served tours of duty in Bosnia-Herzegovina in 2000, followed by a tour in Afghanistan. During that first Afghanistan tour in 2002, Canadian soldiers lived in tents with no electricity, and yet Tim’s tent boasted a string of colourful Christmas lights. During the night, Tim had taken a pickaxe, dug a trench and spliced a cable to charge his electrical lights and power his stereo.

Master Cpl. Wilson loved the military life and particularly enjoyed flying over the Afghanistan mountains in a helicopter. He is remembered as a principled man who showed compassion to his compatriots, and was deeply respected in return. Tim was about truth: true to his troops, to his peers, to his honour and to being a soldier. He recognized the importance of his work eradicating terrorism and believed deeply in the role of Canadian soldiers helping the Afghan people achieve peace.

Tim had been in the military over eight years when he was injured in a vehicle accident in Kandahar during his second tour. A few days after he died from those injuries, a letter he had written to his wife and two young children arrived at his home in Wawanesa, MB. He had written movingly about the suffering and hardship of the Afghans, especially the children “who had nothing.”

Just as he was selfless in his lifetime, Tim was generous in death, donating all his organs to an international organ program. Because he packed so much living into his 30 years, Timothy Wilson will be long remembered, both at home and abroad. A lake near Flin Flon, MB, and a base in Zhari District, west of Kandahar City, have been named for him. 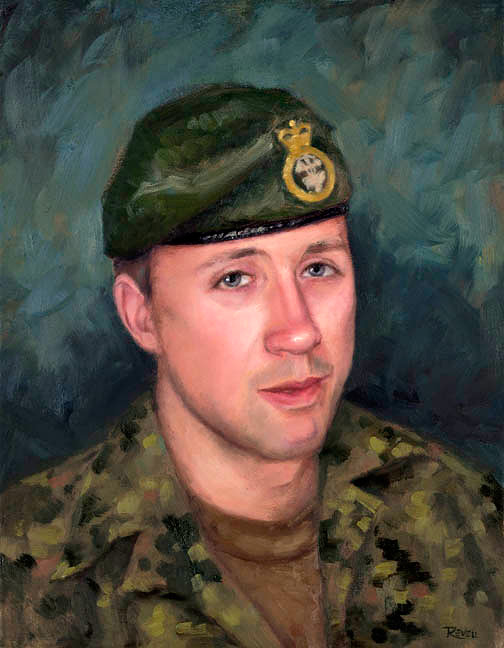