Pte. Blake Williamson had an intelligent, witty sense of humour. He was a master of the one-liner and even tried to pass the art on to others. He was a prankster, who liked to hurl friendly, teasing insults at the people he cared about, and he always had a great comeback. Blake was well liked. His humour and personality were always in evidence, especially in tough situations and he was counted on to use it to boost the spirits of others.

Although he was charming and funny, Blake always stood up for his beliefs, did what he thought was right and spoke his mind. He had a big heart and unselfishly supported those around him. He cared for his hometown community and wanted to give something back to it. When on leave from the military, he visited his old high school often, helped out in activities like Phys Ed. class, and participated in a canoe field trip.

Blake was athletic and enjoyed sports. He played hockey, baseball, volleyball, and loved to swim. He appreciated all genres of music, his collection varied, from classical to hard rock. He was an avid reader and was never without a book. His library was also varied, but he especially enjoyed fantasy series.

Known by colleagues as someone who could be counted on to get the job done, Blake loved his work in the military. He volunteered for two tours in Afghanistan, where he deeply believed in helping the Afghans rebuild and ensure that all children were educated. He was chosen to mentor new soldiers because of his professionalism, courage and dedication.

Blake was a “skinny” child with a big smile and riveting blue eyes. As he grew and matured, he never lost his trademark “Colgate smile.” 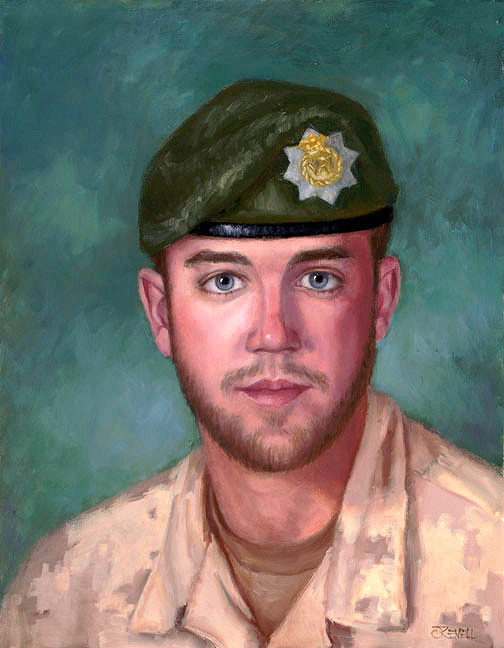